How Adult Children Are Affected By Their Parent’s Divorce 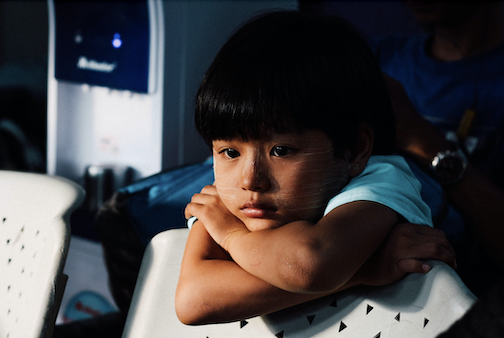 Most parent’s first thoughts when they decide on a divorce are of their children. Nearly half of all children with married parents watch their parents break up in their lifetime. As a parent, you are naturally worried about how your child will be affected by the news and what you can do to shelter them.

For adult children, the considerations seem not to be as well-considered. In truth, parents getting divorced can create major issues for seemingly well-adjusted adult children who may even have children of their own. This is no longer a rare occurrence, either. There has been a huge upward spike in couples over the age of 65 getting divorced, so much so that we are in the middle of a so-called “silver splitters” movement. So how does divorce affect adult children?

Caught in the Middle

All too often, parents put their children in an uncomfortable position by asking them to pick a side. Both parents want to feel validated in their moral position throughout the divorce, and getting their child’s approval is the ultimate confirmation that they are “doing the right thing.” This leads to implicit or explicit requests for the child to say they agree with one parent over the other. Remember that is not the child’s emotional weight to bear, and having to validate your parents is not a healthy process.

Here’s the weirdest shift: a strange role reversal starts to happen with parents and adult children following a divorce. Parents may vent to their children about the divorce, casually presenting extreme and intense opinions about the other parent which the child would probably prefer not to hear. Even worse, parents may come to their children for dating advice or to share stories of their active love lives outside of the marriage. This turns adult children into their parent’s love confidants and counselors in a way that ultimately benefits no one.

The most severe consequence on adult children does not involve their relationship with their parents at all. Instead, adult children see their primary example of a successful marriage fall apart. This can cause major self-doubt on all aspects of their lives, including their own relationships. It is easy to feel like their parents were their role models and even they couldn’t make marriage work – leaving no hope for themselves. In a true tragic consequence, one divorce can easily lead to another.

Get Help When You Need It

No matter the age, it is harmful to everyone involved to “stay together for the kids.” It is simply important to remember that adult children are still children, and they don’t want to be intimately involved in their parent’s lives in certain ways. For help with your divorce and getting through it as peacefully as possible, contact Sunshine Isaacson & Hecht, LLP today. We fight for you!